The island of Newfoundland boasts the highest density moose population in North America with estimates between 120,000 and 150,000 animals. The over all success rate for nonresident hunters is far above any other region on the continent. This high density moose population and low hunting pressure combine to yield rifle and bow hunting oppertunities that are second to none. You will be hunting in Area 14. This area was newly opened for commercial hunting in 1998. Island Safaris is the only Big Game Hunting Outfitter operating in this Wildlife Management area!

Our rifle hunting season begins in early September, just a short time before the Rut. The season runs well into December when the rut is over, this is when moose begin to gather in groups in thick timber for much of the winter months. Rifle hunting with Island Safaris offers amazing opportunities for hunters to experience the thrill of taking a Newfoundland moose. Our rifle hunters are presented with optimal oppertunities for a shot, with common shooting distances ranging from 50-350 yards. 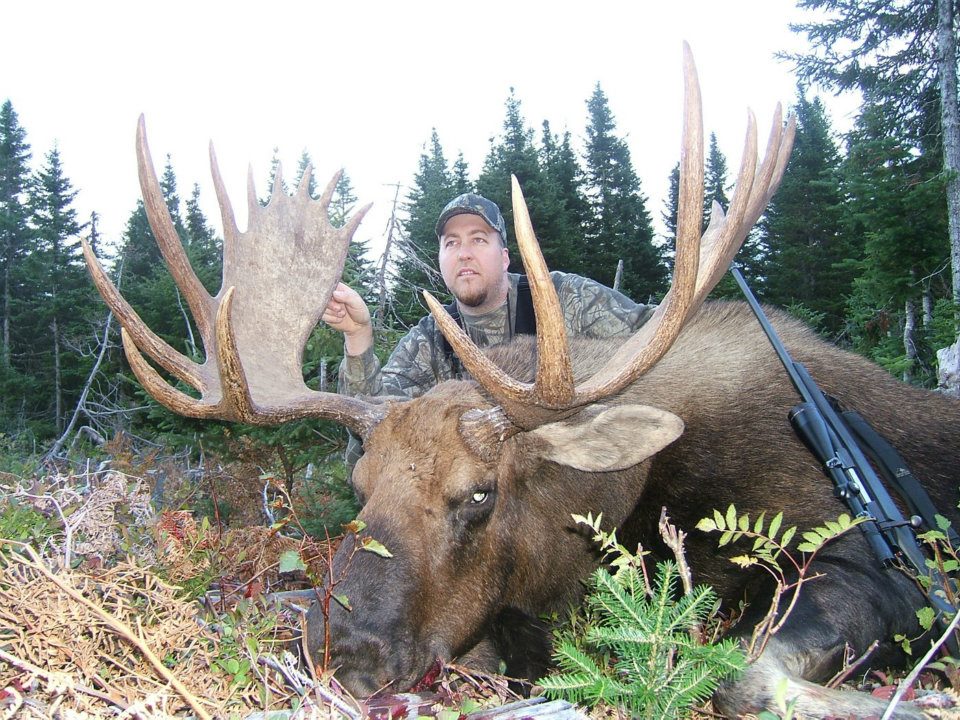 Moose Hunting with a Bow

Bow hunting with Island Safaris offers an exclusive 2 week Bow Hunting Onlyseason which runs from late August to early September. This 2 week season gives bow hunters the advantage of hunting before rifle hunting early while moose are still feeding heavily and before any rifle hunters may hunt.Island safaris is a very experienced bow hunting outfitter providing an excellent success rate and experiences that last a lifetime. Our great success rate has been very consistant for many years with the exception of improvement here and there along the way. 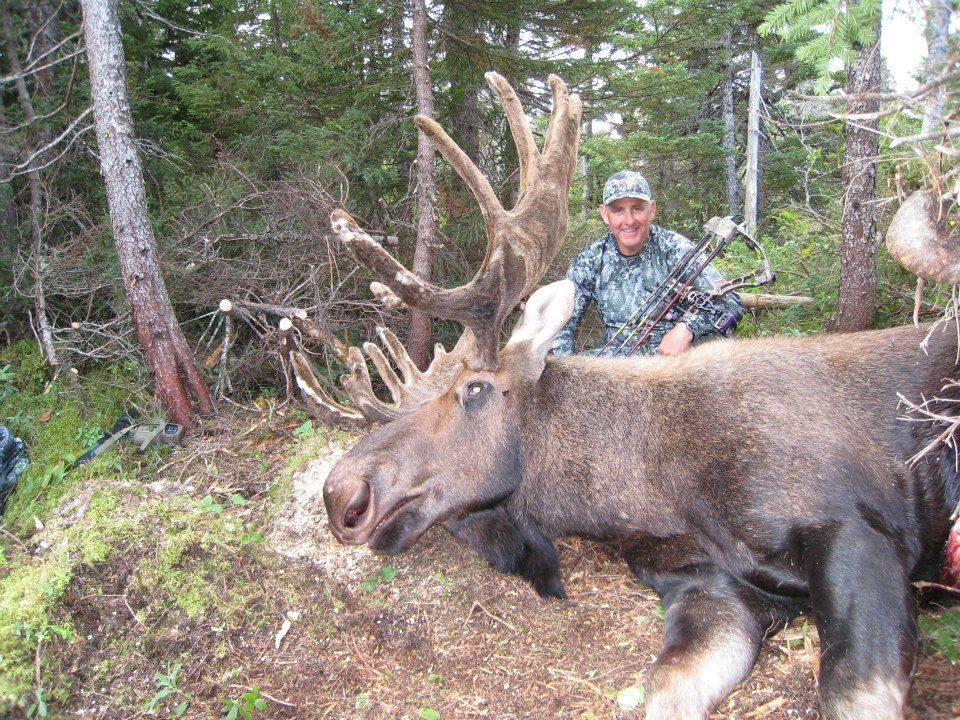